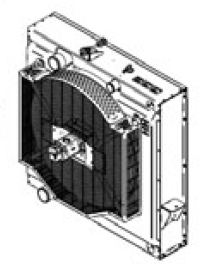 Grayson Thermal Systems has been honoured with an award for its commitment to developing its export business.

President of the Birmingham Chambers of Commerce, Tim Pile, opened the event by outlining the achievements of the greater Birmingham region. The business and economic growth in the Greater Birmingham area is second only to London. Pile also highlighted how tough this year’s competition was.

He said: “Thirty-five businesses from hundreds of entries were shortlisted. The entries from across the region were outstanding and in three categories they were so impressive that the judges also decided to award commendations.”

Grayson has a long track record in export and renewed its export drive in 2008 with a large-scale investment in new infrastructure and processes. Exporting has helped the company to grow its turnover from £16m in 2010 to £20.5m in 2014.

Grayson managing director Stuart Hateley said: “Winning this award means a lot to us because we recommitted ourselves to developing export business just before the last recession, when most companies were retrenching. It felt risky at the time but we knew it was the right thing to do, and we’ve had some successes as a result. This award highlights the fact that it pays to explore opportunities wherever they are.”

Grayson designs and manufactures engine cooling and heating systems for bus, coach, and specialist vehicle OEMs in the UK as well as Poland, Holland, Spain, New Zealand and North America; and has opened separate registered businesses in Poland and North America. Much of its recent research and development effort has gone into helping customers improve emissions standards and fuel efficiency, while reducing maintenance downtime and costs.

Back to Latest News