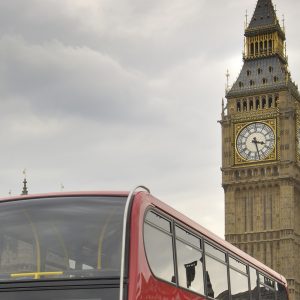 In 2005, Grayson Thermal Systems were approached by a London operator of buses to assist with the training of their staff on cooling systems’ maintenance. The request was sent due to the operator experiencing overheating issues, which they couldn’t resolve, leading to fines being given for vehicle break downs in service and poor reliability.

After looking further into the problems, the poor condition of the cooling packs was also costing a large amount of additional money to run the vehicles due to the components not operating correctly.

Most cooling packs have hydraulically driven fan systems. The fan operates by detecting when the water temperature is rising above a set temperature. The fan then should start to rotate to pull additional airflow through the cooling pack to bring the water temperature down to the set level. The issues come when the cooling system is not maintained. Various defects within the cooling system can cause the water temperature to rise, and if not resolved quickly the engine will overheat. One of the main quick fixes to the issue is to “lock the fan in”. This means the fan is on permanently whilst the engine is running, and yes can solve the problem in the short term, but exasperates the problem long term. The fan system is very powerful and if locked in continuously will pull more airflow through, which in turn will pull more debris which will then stop airflow from passing through the cooling pack. This will cause engine overheats.

The only way you can ensure that overheats are vastly reduced is to put in place a clear maintenance regime.

Training sessions were set up for the operator and were very beneficial, but it quickly became clear that the cooling system issues had become so bad that specialist assistance would be required to get on top of these issues fast.

The operator asked Grayson to put together a service package which meant Grayson would take ownership of the cooling. Grayson would initially bring the cooling systems back up to the original condition and then proactively service the systems to ensure overheat issues were controlled.

Since 2005, the operator and Grayson have worked together tirelessly to make cooling issues a thing of the past. It can be a challenge at times as the heat generated from the engines matched with the euro emission level requirements means year on year the service level has to increase and improve.

In 2011, another London operator realised that they could not continue operating buses without the correct maintenance of the cooling systems. Again, fines due to poor reliability and vehicle break downs were the initial reason for the operator to contact Grayson. They had seen the proactive work we had accomplished with the other operator and again realised very quickly that the only way to get on top of these issues was to ask Grayson to help.

Once again, we put in place a maintenance and service schedule which quickly identified and rectified the worst offending vehicles, and then over the course of the first year started working through every vehicle to ensure they were maintained to the correct levels.

Due to the success of these service programs, we are now working with a total of 4 London operators on their cooling system maintenance.

Back to Case Studies